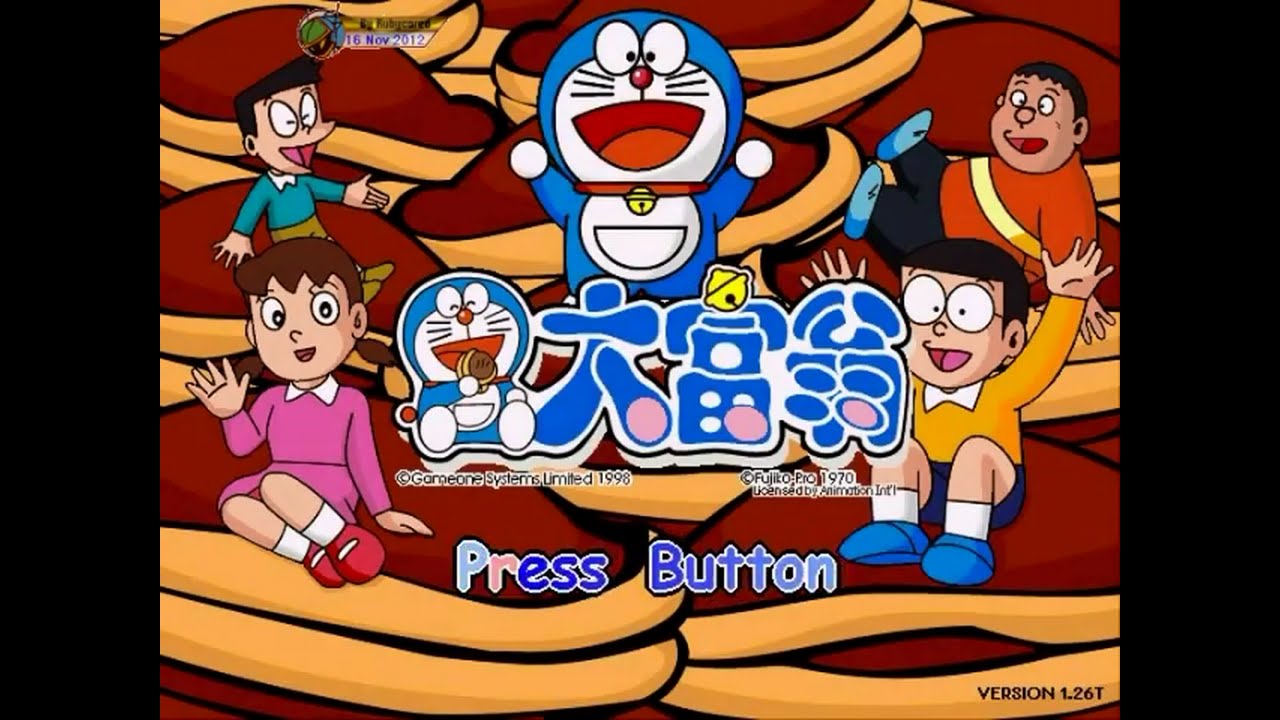 There are some audio slowdowns caused by Fraps forcing the video recording to “catch up”.

Played with real game CD, so if there are some pauses; it’s caused by the CD player reading up the needed data.

There’s also a problem with the BGM of the game, the overboard theme doesn’t loop properly; so it eventually ends and stays silent until other event that causes a new BGM to be played occurs. I remedied that by playing the Doraemon Themesong in the background under controlled environments (namely with MPC controlled with my laptop’s included controls)

See my other Doraemon gameplays here